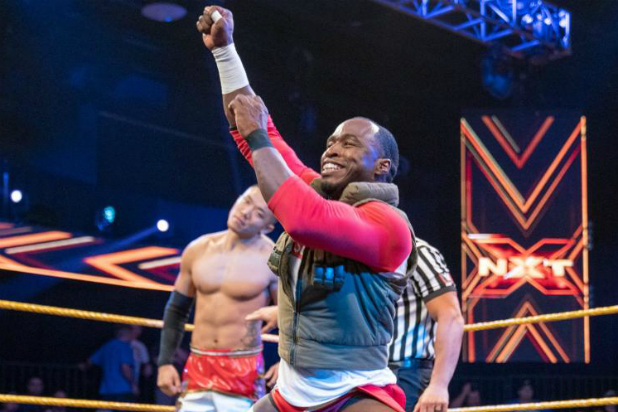 This post isn’t here to defend or criticize Albert Christian Hardie, Jr., better known by his (past ‘ACH’ and/or) current moniker ‘Jordan Myles.’ Nor is to debate potential/actual offense (intended or otherwise) by the now infamous shirt depicted with this article. Rather, its purpose is to highlight a problematic reality of professional wrestling:

I’d attach names to these four outcomes, but there’s really no reason to. Any semi-knowledgeable wrestling fan and/or athlete can identify several for each. The bigger and most troubling issue is that when professional wrestling athletes are placed in uncompromising positions derived from identity, it’s one they cannot escape without consequence. Even when they didn’t request to be put in this position, period (as the case, in most instances).

Sadly, there’s no option 5 to educate, remedy, and/or gently test the market for mainstream acceptance of a concept. Again, this is not to insist Hardie was correct in his perspectives on the shirt in question, nor the means in which he handled them (by naming names as examples of c/overt racism). That’s for everyone to decide, individually.

This is, however, an important realization that the professional wrestling industry may have an institutionalized system of unintended discrimination, one it needs to address. This doesn’t mean walking on egg shells and not taking risks. Pro wrestling remains theater, intended to convey difficult topics and issues in a fun, safe and accessible fashion. Hopefully Hardie is part of the solution, and willing to serve as such.