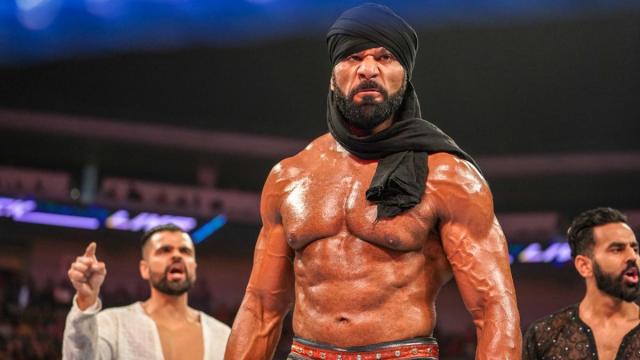 Most who know me well are likewise well acquainted with my seeming obsession with Raj Dhesi, or Canada’s Jinder Mahal.

For some, Dhesi remains the oddest of recent WWE choices as a title holder. To me, however, he’s a reminder of everything that is enjoyable about professional wrestling.

While I’ve watched (in person and televised) literally thousands of hours of professional wrestling from promotions the world over, few athletes are as wholly committed to their character and/or viewership than Dhesi. Even Dhesi’s biggest critics will be hard pressed to find any faults in his dedication to each and every opportunity. Let alone having to rebuild his entire wrestling career from the ground up after a dismissal and ultimate return to WWE some two years apart.

Dhesi reminds me of why I fell in love with professional wrestling in the first place…and ultimately returned. He embraces a stereotype indicative of his roots, and wears it proudly. He is omnipresent aware of interactions with both live and televised fans, sporting his trademark sneer and self-righteous anger at perfectly timed moments. Even in an absolutely terrible Punjabi Prison pay-per-view match – one where his opponent squelched imagination by walking through said ‘bars’ – Dhesi climbed said cage with the proudest of satisfaction strewn across his face. I literally laughed out loud via the camera closeup.

As a meditation guru, short tempered Maharaja, or in a battle of wits against Ron Killings, Dhesi is one the few professional wrestling talents that never breaks character. Most importantly, he is willing to laugh at himself to make others do the same and through him. His logical pairing with the terrific Singh Brothers only furthers the entertainment factor, a trio of Indian heroes almost cartoonish in their interchanges. It’s not surprising that Dhesi’s peers are known to think very highly of him as an entertainer and colleague. Confession: I dig his scarves and CBD rub.

I offer the above without blinders on. Yes, Dhesi will never be labeled of having a highest diversity wrestling skillset, nor of being a high flyer and/or a man of a thousand moves. In modern wrestling’s obsession with the mixed martial artist/acrobat hybrid, we need the traditional gargantuan accidental bad guy more than ever.

In Dhesi, I see Nikolai Volkoff. The Iron Sheik. Roddy Piper. Yokozuna. And smile. All of these ‘foreign invaders’ proudly sporting their heritage and unabashed in embracing stereotypes. Stereotypes are, of course, what makes professional wrestling engaging. Stereotypes offer safe mechanisms to explore existing biases and diversity perceptions, and debate them through entertaining, in-ring interactions.