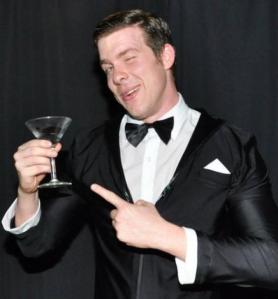 Maxwell Chicago is a revelation.

He is the rare independent wrestler that embraces comedic timing and delivery as part of his ring presence, an almost absentee art in today’s wrestling landscape. I first encountered Henry Maxwell Alvarez at an outstanding FIP show in Ybor City, Florida, captivated by a man in a full on tuxedo style leotard plus lounge lizard, Nirvana entrance.

Young Maxwell, however, is anything but a pretty face-slash-gimmick. He’s masterful at both working the crowd and his opponent’s reaction, creating a comfortable yet dynamic space where comedy intertwines majestically with in ring action. He is unabashed in embracing the role of personality and entertainment in a successful wrestling match, and captures both to perfection. YouTube him; you will thank me.

As his name describes, 29 year old Chicago is from, well, Chicago. It’s clear the Evolve/FIP veteran borrowed heavily from another Chicago master of the wrestling comedic genre, the great Colt Cabana. Cabana, as you may recall, was arguably far too clever and ahead of his time for a rigidly marketed WWE and its creative to grasp the method to his madness. Thankfully, however, FIP and the standing room ovation Ybor City provided are not.

Maxwell’s mic work is well matched with his ring prowess. This is no doubt a product of tutelage under legends Marty Jannetty and Brian Knobbs. Most will declare The Rocker an Nasty Boy as two of the greatest ring generals of the 80’s and 90’s. Maxwell is a prized pupil, excellent at high flying, counter grappling, and momentum based strikes.

I am confident  we will continue to hear great things from Maxwell Chicago. He is a man that – through this character and interpretation of it – understands the prominence of social media, specifically its birth to unprecedented desire for fan interaction. He seizes this opportunity with an engaging, laugh out loud funny character and precise high flying wrestling style that combines toward blissful marriage.

Apologies for not buying your shirt last time around, Maxwell Chicago; I was too in awe to reach for my wallet.