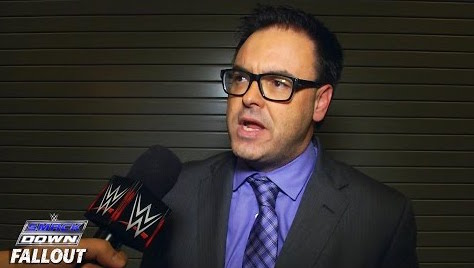 Perhaps the single greatest pro wrestling industry accomplishment of 2015 was the prime time seat for Mauro Ranallo on the WWE Smackdown desk.

Yes, a bold statement….but one I can arguably back up.

To explain, with WWE facing a television ratings identity crisis plus simultaneous challenge from an array of independent wrestling promotions, Mauro Ranallo became a must sign. The grandest stage of all could no longer control external pressures on its product, nor the realities of the ‘social era’ of wrestling. This era effectively removed the third wall between product and spectator, an open albeit dangerous invitation for fans to become part of the show via 24/7 interaction.

Removing this third wall, however, brought with it unique consequences. Pro wrestling is now forced to intermingle with sister sports and entertainment products, prerequisites for an overly competitive advertising space based solely on click throughs and cross promotion. This intermingling makes for odd bedfellows, as news casts feature top wrestlers as pundits, conversely journalists stuck in kayfabe when part of ‘stories’ about pro wrestling.

Thus, Mauro Ranallo became the only person capable of navigating these waters.

With Ranallo comes an announcing style a complete deviation from scripted product lines. A proven entity in combat sports, he confidently disregards standard conventions in lieu of fight artistry, and with it forces counterparts and directors to follow in tandem. It’s intriguing to watch both have to step up their game, weekly, or get left behind. He is forcing them all to realize the aforementioned social era to include non-wrestling entities.

To be frank, I was surprised at the universally positive reception for Ranallo. He’s a dramatic statement on pro wrestling’s shortcomings, a reminder on where they need to go…and fast. Still, Ranallo’s enthusiasm both on camera and behind it indicates he’s clearly up to the challenge.